Got an Xbox One for Christmas

Merry Christmas everyone.  I have some exciting news from my end.  I just got an Xbox One for Christmas. 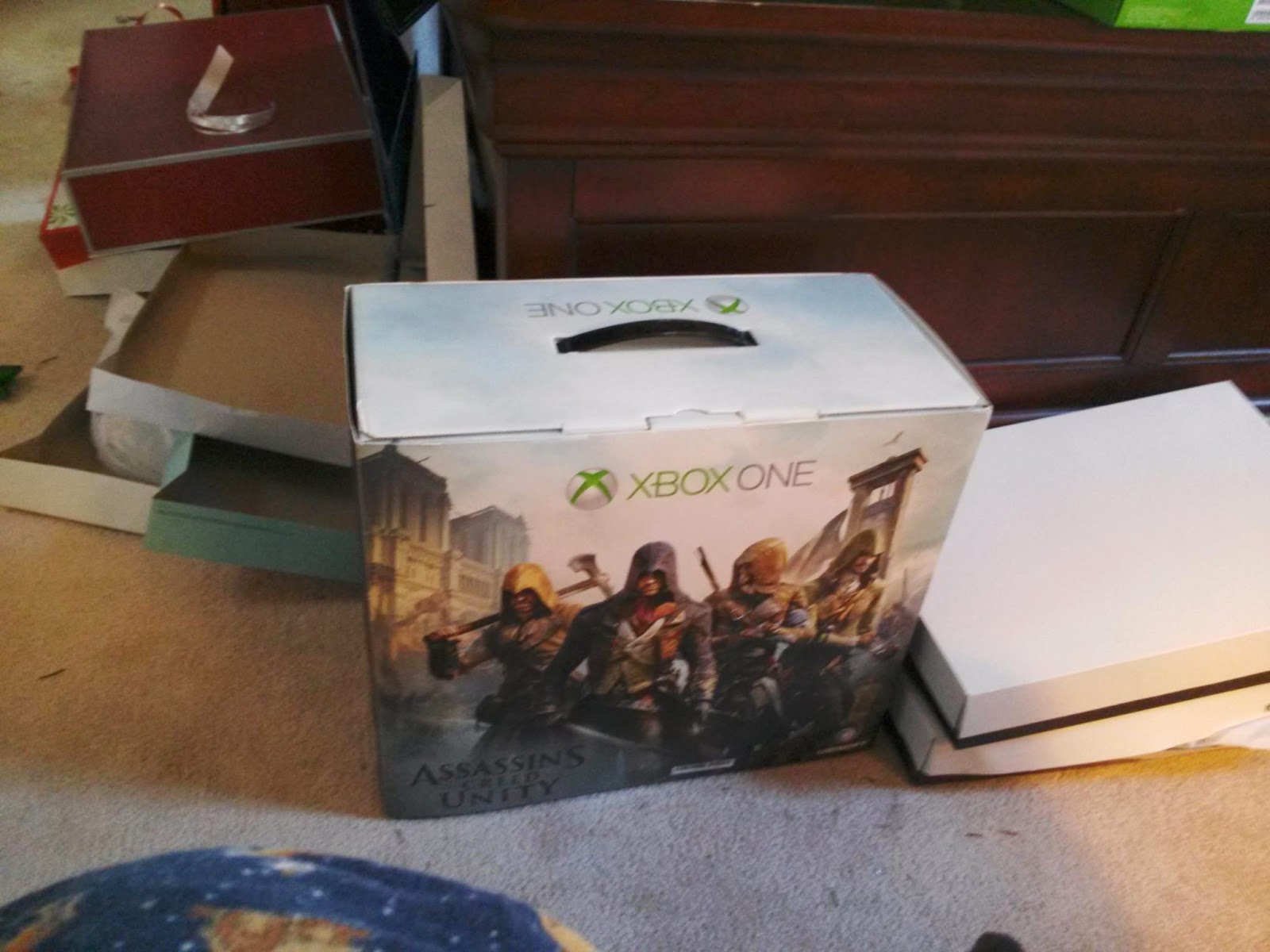 Picture of the Xbox One I got this morning.

Yes, it is official.  I now have an Xbox One.  I haven't set it up yet, but will probably do that sometime this evening.  Honestly, I had no idea I was going to be getting a new game system for Christmas (it is always hit and miss when it comes to getting new consoles).  It is the first new console I got since getting the 3DS about 2 years ago.

Here is the initial lineup of games I have:
-Lego Movie Game
- Assassins Creed Unity
- Minecraft for Xbox One (by the way, I have still yet to play through the Xbox 360 version)
- Lego Marvel game (yes a lego verision of the Marvel Universe)
and several others.

Other games I am considering buying when I have the extra money:
- Grand Theft Auto 5.  Yes I do have a 360 version and even beat the game a few months ago (though still working on the online mode), but I am curious about how the Xbox One version compares with the predecessor version.
- Halo Master Chief addition
- Kinnect for Xbox One (the bundle I got does not include a Kinnect)
- and others.

By the way, are you jealous?  Why not get your own Xbox One?  You can buy them at Amazon or Walmart here:

Posted by Ryan Jones at 4:11 PM No comments: