Here is for those of you who love the Xbox 360: I have decided to create a new Microsoft Xbox 360 fan site. When complete, the site will contain these features: 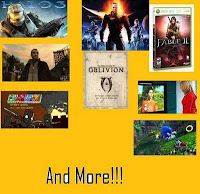 - learn about exclusive deals and special offers from related companies

- get the scoop and commentaries on upcoming games

I hope to complete this site before the holiday season this year. You can check out my new site at http://www.xboxfreak.ws/. By the way, once the site is complete, this blog will be my official blog for the Xbox 360 fan site, considering that this blog is already about video games in general.
Posted by Ryan Jones at 10:04 PM 1 comment: