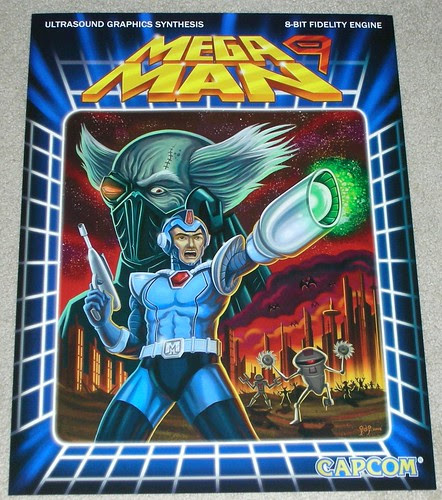 Hey everybody I thought that I would let you know that I decided to buy Mega Man 9 via Xbox live and have started playing through the game.  The game seems to remind me a bit of Mega Man 2 with some obvious differences.  Considering that the last Mega Man game I played through (besides the Aniversary collection) was Mega Man X8 (a 128 bit title), going back to the 8 bit graphics is definitely taking some getting used to for me, though the the 8 bit games seem to be a new trend for the classic Mega Man series.  By the way, I've seen rumors around the net that the next Mega Man X game will be 16 bit format (I can't confirm it one way or another since I don't work for Capcome obviously), though personally I think that they should retain at least the 32 bit look of the next Mega Man X game since I thought that they were much funner that way (playing as Zero is pretty fun too.
Posted by Ryan Jones at 8:55 PM 4 comments: