Watch a short gameplay video about the game:


Do you remember the good ol days back in the 80's (long before the Xbox 360, Nintendo Wii, and the PS3 came to the scene), when the classic NES system was a major hit and you got all of those classic old school games, such as Mario Bros, Mario 3, Mega Man 2, the classic Contra game, and so fourth?  Mega Man 9 (and later Mega Man 10) bascially brings back the 1980's style look to the Mega Man series (despite the 3 game gap where the games had the next gen graphic, such as Mega Man 7, Mega Man & Bass, as well as Mega Man 8) and has a Mega Man 2 feel to it.
Storyline:

The game takes place sometime after events of Mega Man 8, and this time, evil robots are appearing all over the world with the goal of global domination, and this time, Dr Light is implicated in the plot (yes, this is another one of the games wher Dr Wily uses someone else as a cover in his evil schemes), while Dr Wily acts like he is innocent.  It is up to Mega Man to stop Dr Wily's schemes and save the day once again as well as clear Dr Light's name.  In the Xbox 360 verison, you play as Mega Man by default, though it appears that there are expansion packs you can download that lets you play as Protoman (which becomes mainstream in Mega Man 10).

Mega Man - this is the series' protaganist.  He was created by Dr Light and is out to stop Dr Wily's latest schemes and save the day once again.  In Mega Man 9, suspects Dr Light's innocence when his robot masters go corrupt and aims to get to the bottom of the mystery.  Of course, we all know that Dr Wily is behind the latest events as always (a bit deja vuish of Mega Mans 4-6, where Wily uses someone else as his cover).

Dr Light - he is Mega Man's creator, along with Roll, Protoman, Rush, etc.  In Mega Man 9, he is being framed for creating robots that try to take over the world

Dr Wily - Wily is the series' antagonist and aims to take over the world, and comes up with more and more devious plans as the series progresses, only to be stopped by Mega Man once again.  It's even gotten to the point where Mega Man has even threatened Dr Wily for his continuous attempts at world domination, though understandably, Mega Man has yet to follow through on his threats to kill Dr Wily (the death of Dr Wily would probably spell the end of the classic Mega Man series).   Countless times, Dr Wily has created one schem after another, only to have it fail miserably.  He has even created a high level cronie named Bass (and later on, Zero who ironically becomes X's closest ally in the Mega Man X series) to try and kill Mega Man as well, but even Bass has yet to defeat Mega Man as well. In Mega Man 9, Dr Wily initially stands in the sidelines as Dr Light is implicated in the latest batch of robot masters that aim at world domination, though in reality Dr Wily is behind the latest scheme (he pretty much bribed the robot masters to joining his side).

Protoman - he is basically Mega Man's brother and one of his closest allies.  At one time, Protoman was more of a neutral character (and prior to Mega Man 4, he seemed to have some ties to Dr Wily, though those ties were severed in Mega Man 5 when Wily tries to frame Protoman).

Rush, Roll and the Mechanic Robot (not sure what his name is) - these are the support characters in the game.  Roll is basically Mega Man's sister, though she seems to have a crush on Mega Man.  Rush is Mega Man's dog and aids him in his missions.  The Mechanic Robot sells Mega Man the supplies and parts he needs (such as upgrades, powerups, extra lives, e tanks, etc).

This article is too long to do in one post, so be sure to stay tuned for part 2, where I give the full review of hte game.
Posted by Ryan Jones at 11:38 PM No comments:

As you know, I recently beat Metroid Prime 2 and I thought I would share a video about Emperor Ing, the 2nd to last boss in the game (the final one is Dark Samus 3 and 4). What do you think of this battle. By the way, I actually beat the game on the Wii version, though most of the videos come from the Gamecube version.
Posted by Ryan Jones at 11:49 PM 1 comment:

Here are 2 more games I have recently beaten recently - Mega Mans 9 and 10.  I downloaded both of them via Xbox live (first Mega Man 9 and later Mega Man 10). 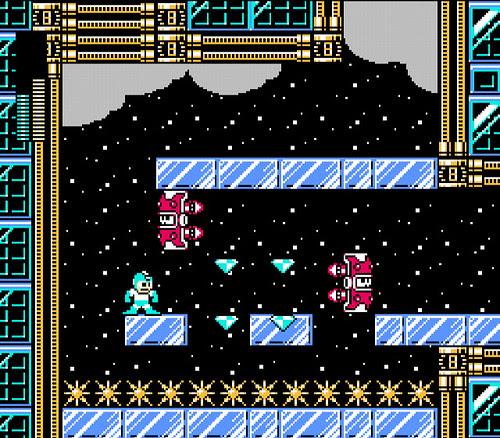 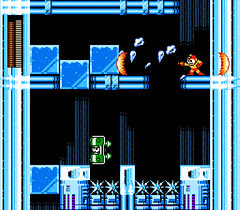 Mega Mans 9 and 10 definitely reminded me of the classic NES days back when games were only 8 bit and all, and it was definitely a big change for me considering that the last Mega Man game I played was Mega Man X8, which is all in 128 bit with alot more graphics, voice acting, and all, along with the fact that X is not the only character you can play as since you can also use Zero and Axl as well.  Mega Man 9 takes place sometime after the events of Mega Man 8 and this time around, Dr Wily decides to frame Dr Light and it is up to Mega Man to clear Dr Light's name and to defeat Wily.  In Mega Man 10, a new virus known as robonenza breaks out and causes other robots to go maverick and try to take over the world (a foreshadowing of the X series?) .  A fun thing with Mega Man 10 is that you can also play as Proto Man.

I will post more details about the two games later.

By the way, I've heard rumors about Mega Man X9 and there is talk that it will likely be a 16 bit game, though personally, I think they should keep the next gen feel with the X series.  X8 was awesome and they should keep that template.
Posted by Ryan Jones at 11:42 PM No comments:

Hey everybody, just fyi, I got the Wii back a few months ago and finished playing through Metroid Prime 2 (beat the final bosses on Monday) and started a game on Metroid Corruption.  Here is a short trailer of the game I found on youtube you might like.


Information about the game

I started playing through Metroid Prime Corruption on Tuesday and find it pretty interesting.  The game takes place sometime after the events of Metroid Prime 2 and Samus joins forces with the Federation to take on the latest threats posed by the space pirates and other hostiles (don't know the full synopsis yet, but will share more info as I play through the game).  The game is definitely a bit different from the first two Metroid Prime games since 1) you now play on multiple worlds as opposed to 1 world as is the case in the first 2 games, 2) there are more cut scence and there is voice acting, 3) there are more things you can do with your ship (in the first two games, you won't really need the ship until the end of the game, but in Metroid Prime 3, you will be doing more traveling with it, and plus you do get to see the cockpit of the ship), as well as plenty of other stuff.  You also get to encounter some old foes as well, such as Meta Ridley as well as Dark Samus again.  I will plan on sharing more about this game as I get further into the game.
Posted by Ryan Jones at 11:11 PM No comments: